Home > The Company > The Team

Our talented team is committed to providing the best services within the industry and be a property developer highlighted by always fulfill with your commercial proposal. We maintain the positive ambition to offer the market different real estate projects of the highest quality at competitive prices, focused on meeting the needs of our customers and investors. The company assumes the responsibility to keep our team trained, motivated and committed to the customer. 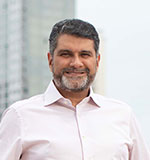 Andrés Farrugia González, was born in Panama City on September 17, 1975.

His success is attributed to his lifelong passion for entrepreneurship and identifying business development and growth opportunities.

In the period between 1998 and 2006, he held the position of Credit Manager, Advisor to small and medium-sized companies, corporate banking, at Banistmo. He was also a member of various oversight committees in investment banking.

Andrés, was general manager of the Caja de Ahorros de Galicia (Caixa Galicia), representative office in Panama in 2006 and 2007.

He presided over the real estate and commercial investment company GS Mortgage Panama of the Siuma Group from 2007 to 2011.

In the period between July 2019 and April 2021, Andrés was general manager of Caja de Ahorros, a state bank with 86 years of solidity and trust, where he managed to execute innovative ideas, making the institution’s businesses profitable and interacting successfully with regulators, government, correspondents, and agencies both local and international.

Currently, he is president of the Antojo Inmobiliario group, a Panamanian company founded in 2008, which develops Real Estate Projects with professional, social and environmental responsibility, in turn, specializes in the recovery, preservation and creation of value of real estate assets in distress In Panama. 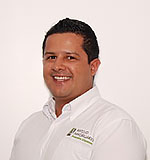 I am passionate about selling and helping each person in the process of acquiring what they want. I love reading and sharing with my family. I have a trajectory of 7 years in the real estate market, which gives me significant experience in commercial management and in aspects of marketing, commercialization, sale and after-sales. 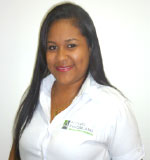 Graduated from Richard Neuman College, graduated from Bachelor of Accounting. One Year at the American University of Panama (UAM), Bachelor’s Degree in Accounting and Auditing. Making my first work experience in Real Estate Craving. 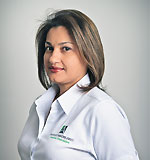 Thirteen years of banking experience, specialized in Operations within the Commercial and Mortgage Divisions, serving national and foreign clients, specifically in the Legal and Processing areas. She holds a Bachelor’s Degree in Executive Secretariat from the Universidad Santa María La Antigua in Panama.